Our Day In Lapland

It’s an early start, when the big day finally arrives, with over 200 excited children and carers arriving at Belfast International Airport from around 5am, to be greeted by choirs and Disney characters galore.

For this one day, our aeroplane is, effectively, a flying hospital, given the amount of medical equipment and supplies on board. We are, of course, accompanied by a team of doctors and nurses, who bring with them intimate knowledge of the specific condition of every child on board.
The authorities in Lapland are aware of the nature of our flight and an ambulance and the local hospital are on standby, although, thankfully, neither has been needed thus far.

For many of our children, this would be the first time that they had ever been on an aeroplane or, indeed, out of Northern Ireland, due, in part, to the prohibitive cost of insurance. The 3 hour flight passes in a flash, with breakfast, letters to Santa, selection boxes distributed and faces painted,
not to mention our Christmas ‘singalong’, where Rudolf and his red nose feature prominently!

For the last number of years, our port of call, in Lapland, has been Rovaniemi, which is about 800 kilometres north of Helsinki and which was described, by Lonely Planet, no less, as the top Christmas destination IN THE WORLD!

Santa Park is a cavernous and truly magical winter wonderland, literally UNDER the Arctic Circle, with wide corridors, level floors and easily accessible toilet facilities, all extremely important for our group. 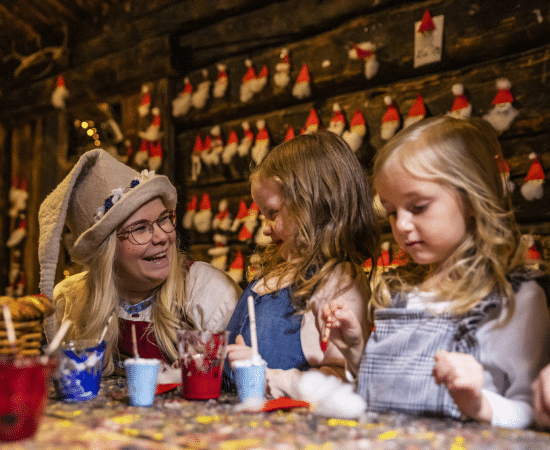 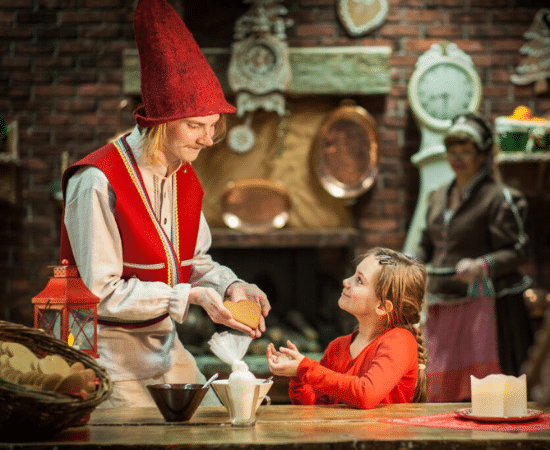 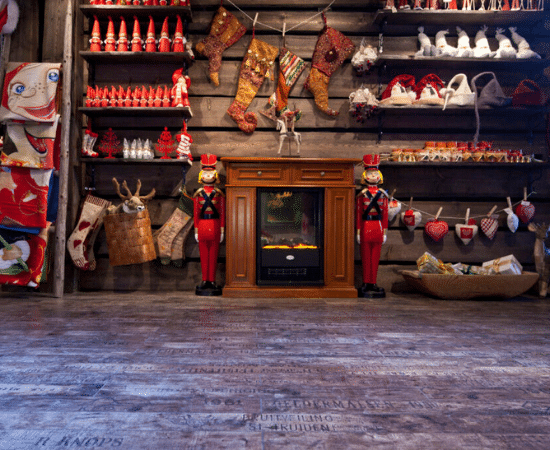 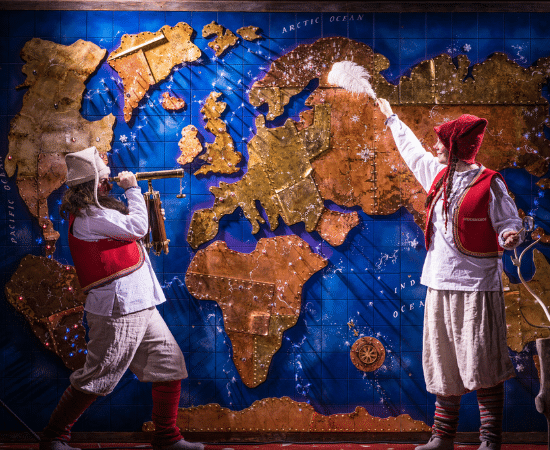 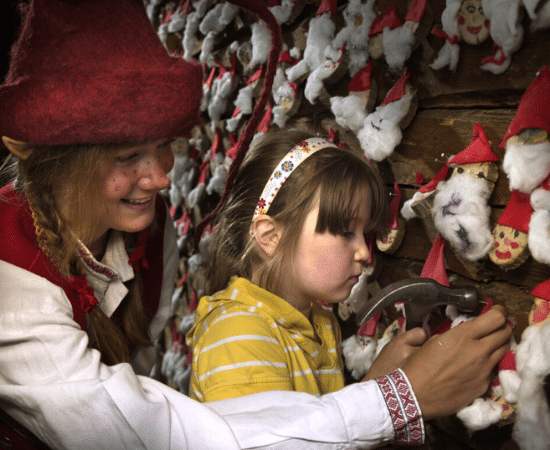 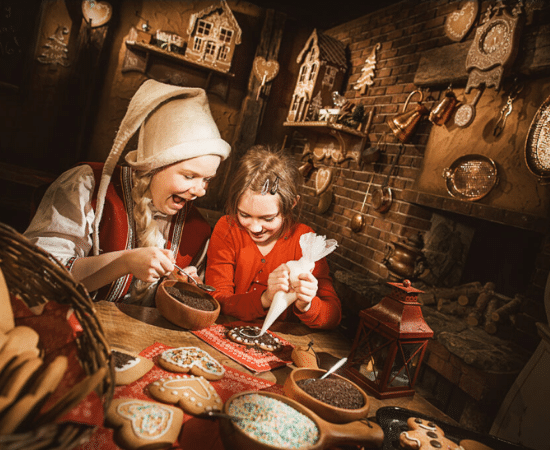 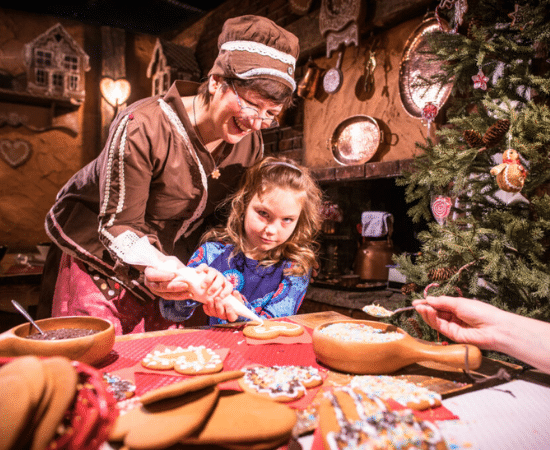 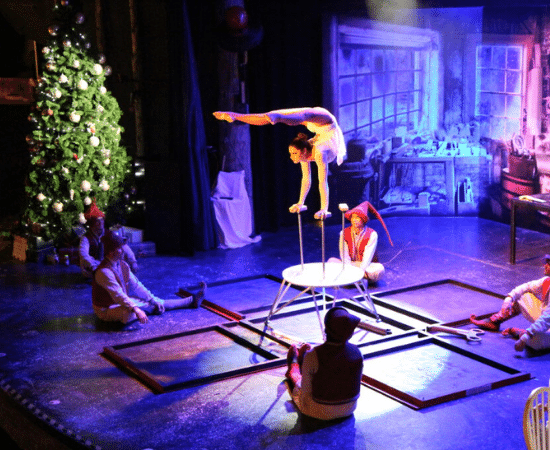 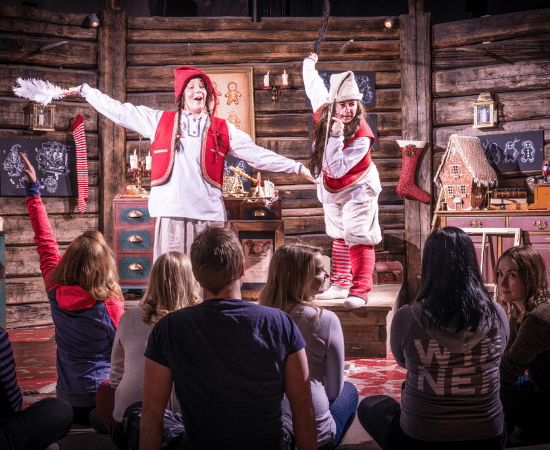 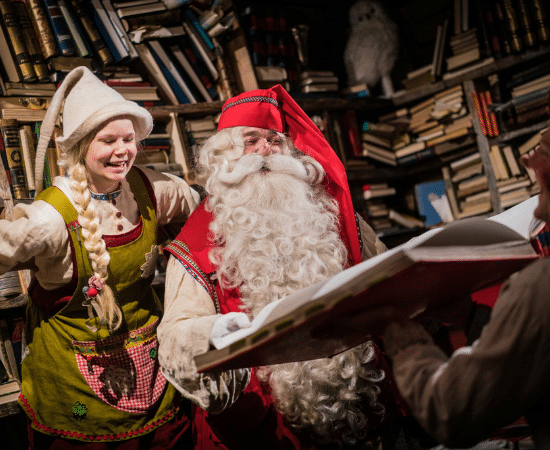 Within the resort, our families can enjoy a raft of different facilities, including food and everything is included, to allow them to enjoy the day to the full, without worrying about cost. Inside, the children can enjoy an aerobatic display, bake gingerbread cookies with Mrs Claus, take a magic train ride and even qualify from Elf school, as just some of the major attractions.

And, of course, the day culminates in a private meeting, for each family group, with Santa himself, in his personal grotto, with an official photograph commemorating the occasion. We provide appropriate clothing for those who are able to enjoy the outside facilities, which are a
major highlight of the day, because we bring in, exclusively for our group, huskies and reindeer and mini skidoos, to take the Christmas experience to another level.

But the day is far from over when we leave the resort! The energy of the kids is amazing and the return leg of the journey incorporates a seat decorating competition (otherwise known as ‘total mayhem’), more food, more singing and more pressies.

It’s normally around 10.30 or 11pm when we finally arrive back at BIA, after a long, tiring, but magical day…and ‘magical’ not only for the children…but ‘magical’ too for their families, for our doctors and nurses, for our volunteers and, last but not least, for the cabin and flight crew, who throw themselves enthusiastically in to the spirit of the day.

The more money we raise, the more children we can help!

(Please note: The hospitals are solely responsible for the selection of the children who travel on the trip. If you think your child would be eligible to go on one of our trips, we suggest you speak to your child’s consultant.)